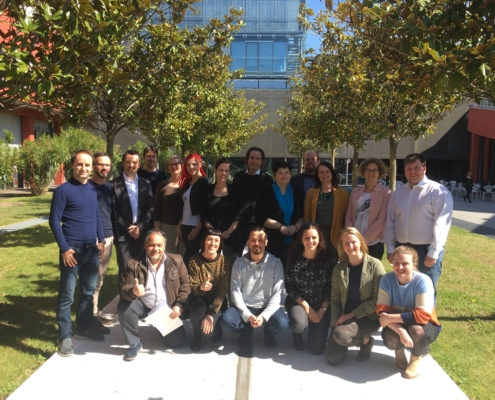 The third i-evAALution consortium meeting was held at the EURAC research institution in Bolzano from the 28th to the 29th of March.

The second day started with a meeting of the management board, followed by two workshops on the topics of planning the alpha tests and the test phase, as well as the business development.

After the consortium meeting, the main concentration for the next months will now be on the finalization and set up of the i-evAALution bundle and the preparation and launching of the test phase.